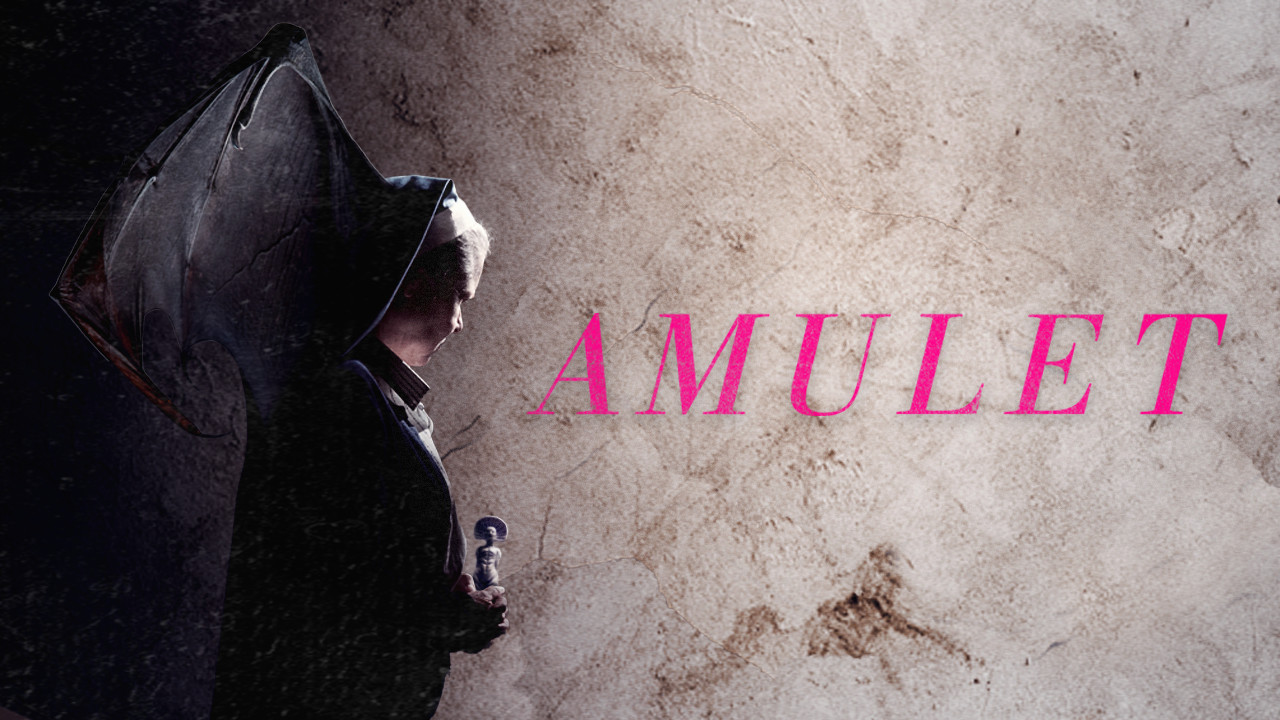 A film by Romola Garai

AMULET, written and directed by Romola Garai, explores the story of Tomaz, an ex soldier from an unnamed foreign conflict, living in strained circumstances in London. Haunted by his past, he is offered a place to stay in a decaying, claustrophobic house, inhabited by an enigmatic young woman and her dying mother. As he starts to fall for his new companion, Tomaz cannot ignore his suspicion that something insidious might also be living alongside them.

Magnolia Pictures is proud to introduce a new way of supporting the independent theaters you love, while watching Amulet at home. $5 from every ticket purchase goes directly to the theater of your choice.

CHOOSE WHERE YOUR DONATION GOES

The leading independent film distributor for nearly 20 years, Magnolia Pictures is the theatrical and home entertainment distribution arm of the Wagner/Cuban Companies. Recent releases include SLAY THE DRAGON, an urgent and eye-opening documentary about gerrymandering; JOHN LEWIS: GOOD TROUBLE, Dawn Porter’s timely chronicle of the life and career of the legendary civil rights activist and Democratic Representative from Georgia; Romanian crime thriller THE WHISTLERS, which world-premiered in competition at Cannes; Martin Scorsese, Brian Grazer and Ron Howard executive-produced documentary ONCE WERE BROTHERS: ROBBIE ROBERTSON AND THE BAND; TONI MORRISON: THE PIECES I AM, celebrating the life and career of the trailblazing literary icon; 2018 Cannes Palme d'Or winner and Oscar-nominated SHOPLIFTERS, from renowned Japanese director Hirokazu Kore-Eda; Box office sensation and Oscar-nominated RBG, award-winning filmmakers Betsy West and Julie Cohen’s documentary about the consequential life and legal legacy of Supreme Court Justice Ruth Bader Ginsburg; Ruben ?stlund’s 2017 Cannes Palme d'Or winner and Oscar-nominated THE SQUARE; and Raoul Peck and James Baldwin’s Oscar-nominated I AM NOT YOUR NEGRO. Upcoming releases include COLLECTIVE, a jaw-dropping expose of corruption at the highest levels of government; ABOUT ENDLESSNESS, Roy Andersson’s visually stunning Venice Best Director winner; THE FIGHT, a new documentary following a team of scrappy lawyers inside the ACLU as they battle President Trump’s historic assault on civil liberties; and TWO OF US, the feature directorial debut of France-based Italian filmmaker Filippo Meneghetti.